As it turns out, more than I thought…

It’s been a couple of weeks and I’m sorry for not emailing sooner. The simple explanation is that a lot of things have been going on both in my private world and in the greater scheme of things. Besides working on the new book, which has been difficult, I’ve also worked through a major life issue that I never knew I had been fighting.

Fear is a difficult thing. It can sneak up on you and rob you of action. It can stop you from standing up for yourself, stop you from making money, and keep you in a relationship that’s bad for you. Fear is powerful because it’s an unanswered possibility. It’s not the dark that we fear, but what possibly could be hiding in the dark.

To a person with high anxiety, fear can seep into every aspect of life. Maybe you stay silent when people are rude to you because you don’t want to cause a scene. Maybe co-workers and bosses pile work on you because you are afraid of losing your job. Maybe you don’t take that dream vacation because you are afraid of what could happen during the trip. It doesn’t matter what the situation is, fear itself will come up with an excuse as to why you shouldn’t do it.

Fear was supposed to protect us. It was supposed to stop us from going into the bear’s cave and remind us not to eat all of the food before winter. It’s there to help us, but unfortunately for many of us, it has become our master. If this is happening to you, then this is a call to take back control.

Two months ago, shortly after the Parkland shootings, I sent an email asking permission from you if I could write a book that dealt with this terrible subject. Overwhelmingly, you responded with encouragement. For that reason, this new book exists. So in a way, this is your book as well.

We don’t all have email lists of readers to share our problems with, so that’s not a technique I recommend, but if you are suffering from fear, anxiety, or worry, I first recommend you take up meditation (or prayer, which is meditation with God in mind.)

Second, I want you to recognize that fear is subservient to you. It is a warning light on your car that you are allowing to drive. Consider what it has to say, thank it for the warning, and press on with the decision you have made. You are in control of your life.

Fear not what is out of your hands.

So what about this book I was afraid of? Why would I fear to share it with the world? Well, we live in times where mobs of internet users can destroy people they disagree with overnight, so that is a concern, but not sharing my art is an even greater concern. What happens with this book is entirely up to you. If it helps, I hope it grows. If it’s not needed then so be it, there are more books on the way.

At the very least, I’m no longer afraid of making it.

“The Book That Shouldn’t Exist” is now available for pre-order and will release on April 20th. Click here to reserve your copy. 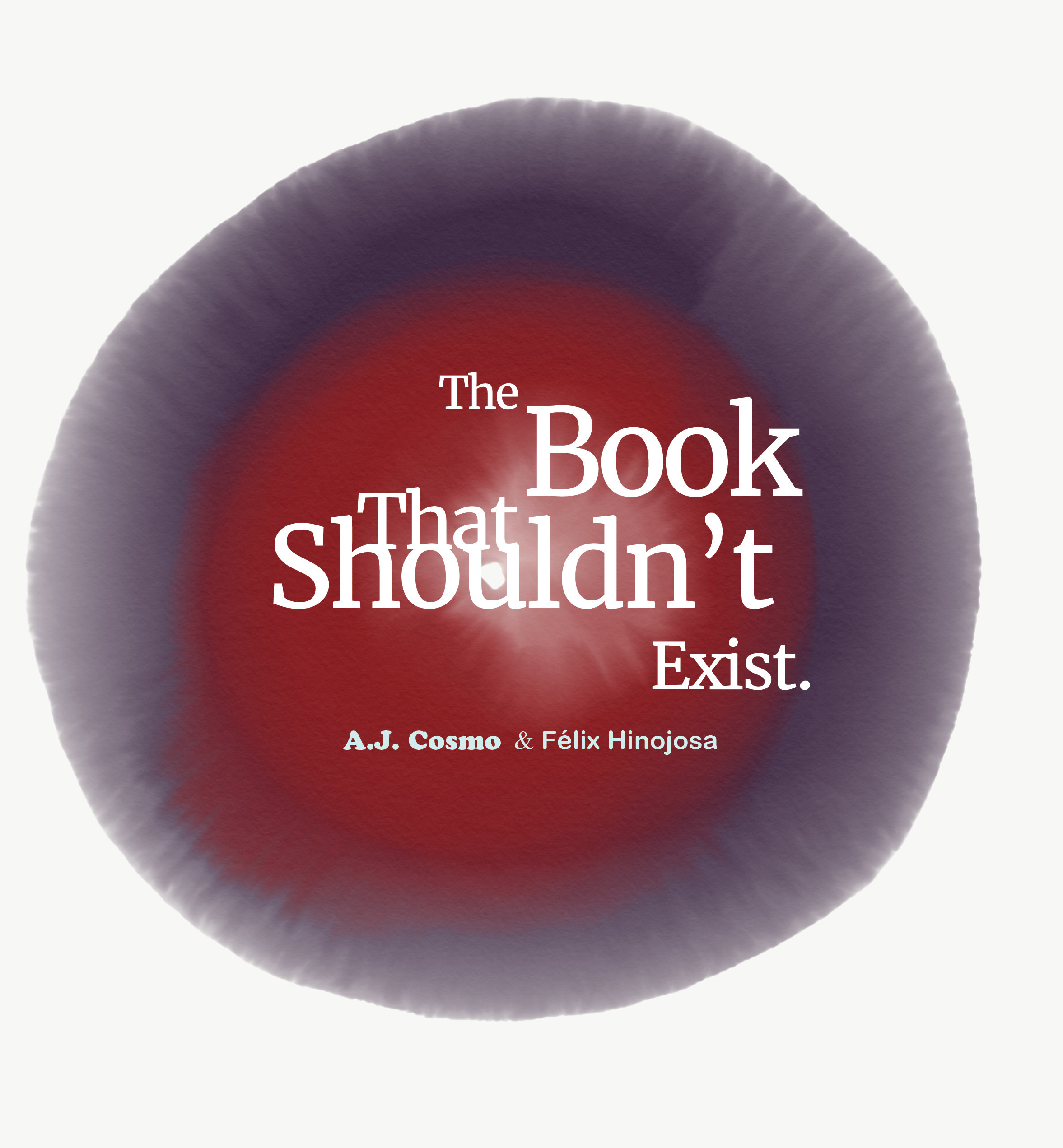